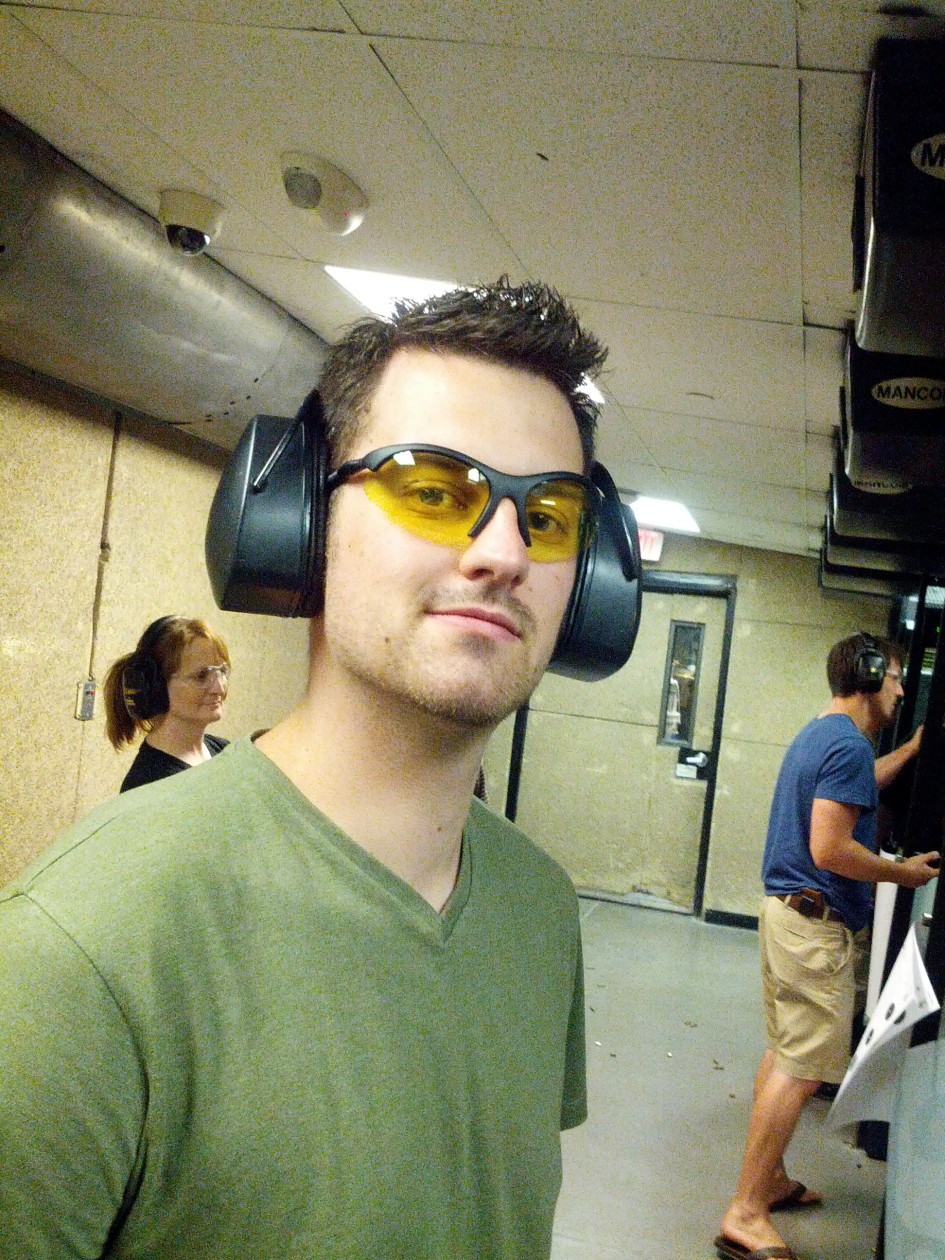 Around this time 3 years ago I went to visit my friend Rob who lives in Los Angeles, and i’d said to him I was going to try and make the trip from LA to Arizona (Scottsdale) to go shoot some full-auto machine guns. The idea being that I’d jump on a plane and fly across to AZ and somehow get to Scottsdale gun club as I’d seen that they had the ability to go do it!

Rob jumped at the chance to come with me so we made it a road trip. An 8 hour each way long road trip! So we went out in Scottsdale and saw what nightlife was on offer. That’s for another time though.

We went into this massive shop with as much stuff as you can shake a stick at and made a B-line straight to the counter to point out the many weapons that I wanted to try… by this point Rob was along for the ride and I was driving!! haha.

So I picked out an MP5, Tommygun, M4 carbine and a G36K, I’m pretty sure I also picked an UZI, but it never materialised…. by the time we’d gone through the other 4 rifles, I didn’t much mind!

So here’s my first ever go at shooting full-auto. MP5.

First 3 shots are semi-auto, then rock the giggle-switch and let rip 🙂

We got 2 mags with each weapon, so of course, here’s the other. We were instructed really well, and for the most part the instructor did all the mag changes and got the rifles ready. I knew in theory how it goes, but this guy had a job to do and he doesn’t know me from adam, so we just passed off the empty rifles to him.

The MP5 handles like it’s on rails. Where you point is where it shoots. the 9mm in full auto makes an awful lot of sense, even if I’m not overly fond of it as a cartridge in pistols.

Anyways, onto the .45… Tommygun. The Chicago Typewriter! 😀

This thing was HEAVY. and it kicked like a mule. My only aim was to try and hold the trigger down and the rifle on the paper… for the most part I managed it, but the Tommygun kicks like a mule.

When playing games the gun always recoils up and to the right, and in real life it’s no different. I surmise that it’s because it’s pushing your shoulder back which is making the point of aim rise to the right.

By this point, we’re on a roll.

The M4. Prior to this visit, this rifle was my favourite off the shelf offering, the looks, how it handled on games and well, just everything about it screams FUCK YEAH.

We managed to rattle off the 2 mags pretty quick with this one.

The kick on the M4 didn’t seem as violent as on the tommygun, presumably from the buffer spring and the gas system as opposed to the recoil action of the TG. Fun enough to go again… but we had a go with the HK G36K first…

After playing with both the MP5 and the G36K, it’s easy to see that H&K make a fine rifle indeed. Considering the amount of abuse these range guns must take, there was not an issue at all and they were smooth as silk. Definitely changed my priorities with rifles, and part of the reason I went with a (even if it is made under license) HK 416 in .22lr.

The donut sight on this rifle was awesome, definitely a nice touch, even if they were zeroed to 100m and we were shooting them at about 20ft.

It took another couple of mags with the M4 to realise that i liked the HK more, and had to knock the M4 off it’s pedestal. So, that’s what we did.

An absolutely fantastic day at Scottsdale Gun Club. left with a beaming smile from ear to ear.

As I recall in total that day I spent around $1000 in gun hire, range hire and ammo. (I covered Robs shooting too). But, totally and utterly worth every penny! and I’d definitely go for some more Rock-n-Roll full-bore shooting!