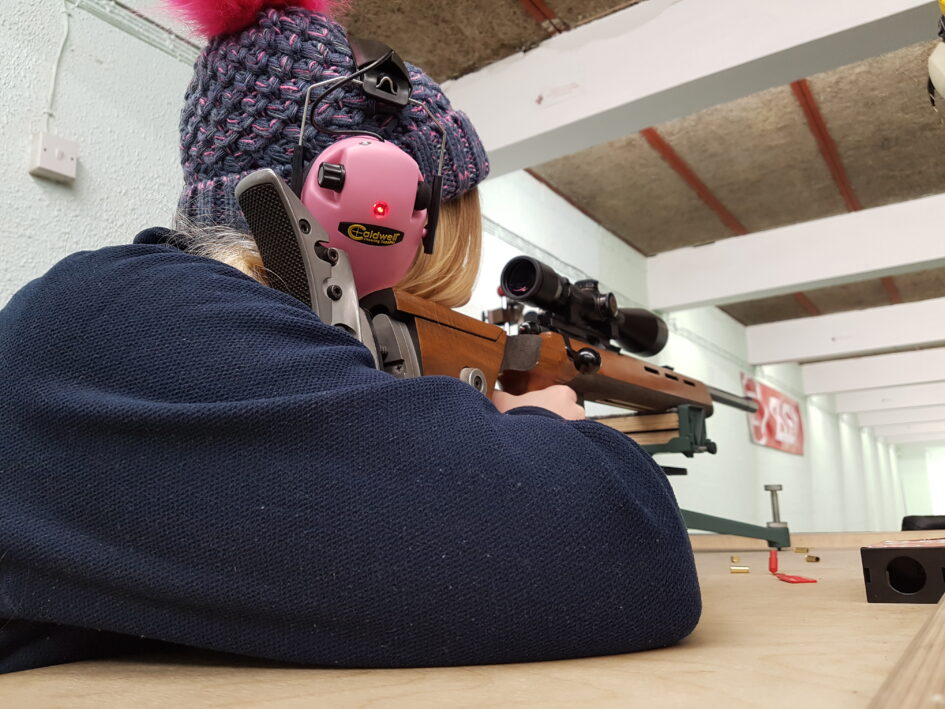 With the ever expanding number of shooting disciplines and organisations popping up, there appears to be an increasing number of rules to be aware of within specific disciplines, such as Benchrest where the methods of scoring targets vary by not only organisation but sometimes also by distance within the same organisation.

There is often confusion when marking the Short Range NSRA Benchrest Targets, this article sets to alleviate some of the ambiguity with some diagram examples of scores along with excepts of the official NSRA Benchrest Scoring Rules and NSRA Scoring Rules.

A lot of confusion often comes when shooting .177 onto these targets, since there can often be big gaps between the leading edge of the pellet and the lower scoring zone, whilst still being considered the lower score. This is because once plugged correctly, with a 22A tapered gauge, the hole should open up to .22 calibre before score is considered.

Below we will show .22 calibre holes with a .177 placed centrally within said hole for reference of how this would look to score correctly.

The .22lr hole, or a .177 that has been plugged correctly with a 22A gauge would not touch the outside edge of the 10 ring scoring mark.

Note: In both inward and outward gauging, the point at which the shot value changes is the outside
edge of the scoring ring. [NSRA SCORERS COURSE Guidance on Scoring]

Conversely, lets see what a 9 would look like, if its just out of the 10 ring.

This highlights the necessity to gauge almost all but the most obvious of shots made with an air rifle with a 22A plug gauge as the gaps from the edge of the .177 pellet to the outside of the scoring edge can be unforgiving.

Due to the addition of additional X-Ring and updated aiming mark on the 2510BR-18 / 2010BR-18 NSRA Benchrest Targets (As shown in these examples) over the old “10-spot” targets, the NSRA have issued guidance [Scoring NSRA Benchrest Targets Short Range Targets Outward Gauging] to go along with the Standard scoring guidance [NSRA SCORERS COURSE Guidance on Scoring].

X-Ring scoring is specifically related to the X-Ring rather than the aiming mark -the following examples should show why the aiming mark is unreliable to determine exact scoring.

In addition to the 22A Plug Gauge for the X specifically there is a 25BRX for 25 yard targets 2510BR-18 and the 20BRX for the 20 yard targets 2010BR-18 – these BRX rings are flanged to mark to the 10 ring to make line visibility that much clearer – these plugs are also tapered to correctly expand .177 holes out to .22 calibre. Within this article we will look at just the holes and not the positions relative on the next ring out.

Note: the aiming mark is completely obliterated by not only the .22lr hole, but also the .177 hole.

We note that the aiming mark of this target is completely obliterated by both the .22lr and also the .177, though the .177 is right on the edge, there would be no aiming mark visible outside of the ragged edge left by the pellet.

Note how the ’10’ shown here with the .177 hole barely leaves a trace of the aiming mark, but when plugged would show that it is in fact out of the X-Ring and into the 10. Given the unpredictable nature of the card when it is shot, from small tears to fibres of the card chunking out on these edges, trying to ascertain an X without gauging would be futile given the small margins at play.

We can see a .22lr hole could still obliterate the aiming mark whilst still being considered a ’10’ due to breaking the X-Ring line.

Hopefully this alleviates some of the confusion of Short Range (25 Yard) NSRA Benchrest Scoring when comparing to other Benchrest Disciplines. NSRA has it’s own style of shooting (without a rear rest) and it’s own scoring to go with said discipline.

I have specifically not mentioned any other Benchrest Discipline scoring to have zero ambiguity where this may be concerned. The rules shown on this page are ONLY relevant to 25 Yard NSRA Benchrest Target Scoring and should not be confused with any other discipline or distance.

I am not a qualified NSRA Scorer, I know many and have had multiple discussions with them over these issues, as well as quoting my sources for information within the article above for you to verify the rules as I have presented them yourself.

It is often taxing to judge scores on targets from bullet holes alone. Only official scorers may usually gauge cards since they can only reliably be gauged once [Gauging Rules – NSRA SCORERS COURSE Guidance on Scoring ]. When I ‘judge’ my cards within social media posts, I will always tend to err on the side of caution. Stating a lower score if there is any hint of question, which is why sometimes my scores when marked officially can be higher. Because the margin of ‘in’ vs ‘out’ is tight at the fringes, it’s often impossible to judge even with a gauge and a magnifying glass. I don’t envy scorers who have to make judgements on cards so tight. Hopefully this guide will be of some use to non-scorers to estimate their cards accurately.