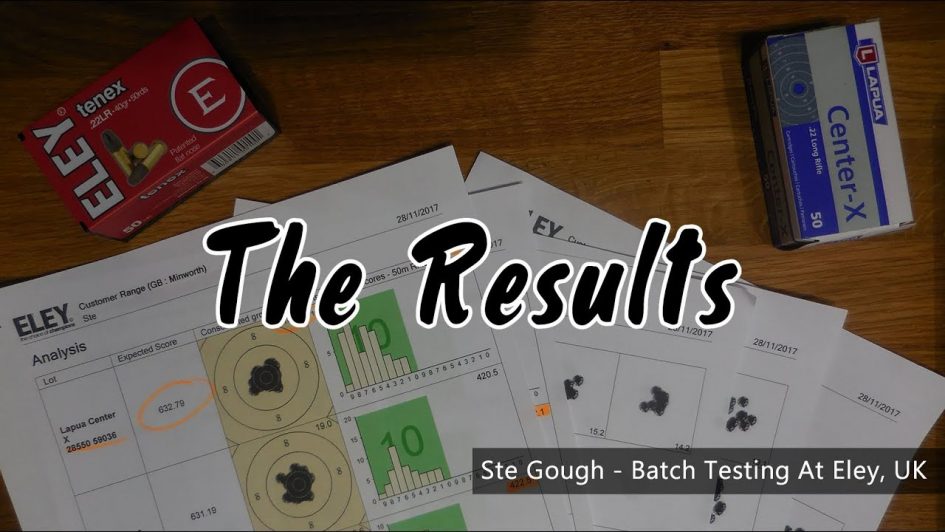 A couple of years ago, I wrote about batch testing ammunition with Lapua at Bisley, UK. Well, the rounds that I purchased following the testing at the Lord Roberts Centre finally dried up.

Living just 15 miles away from Eley‘s Headquarters in the UK, I thought it would be the opportune moment to try out their test facility and batch test Eley’s ammunition in my rifle to find out which one would be better suited. Eley’s Tenex or Lapua’s Centre-X (The best performing round in my rifle previously).

I contacted Eley and booked in to batch test my rifle, I also asked if I could document the procedure to de-mystify the process to people on the internet. I was granted permission to record and after time annotating and editing the footage I have produced a 5 part video blog on youtube.

I hope you find these videos informative and interesting. If you did, subscribe to my channel and give the videos a like.