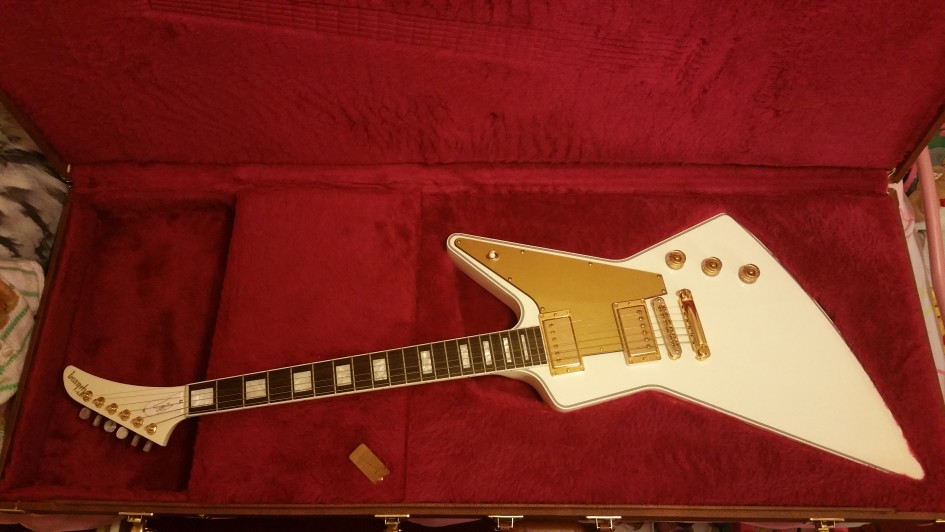 Today I drove to Stoke-On-Trent to go and pick up a rather extravagant guitar to add to the collection.

I think it’s best described by saying “Imagine if Liberace designed a guitar” – It’s white with gold everywhere and pearloid tuning pegs. Over the top, ostentatious and completely me..!

I’m rehearsing with My Great Affliction tomorrow night, and I can’t wait to rock up with this guitar and put it through it’s paces.

To say I’ve been underwhelmed by Gibson’s offerings of late would be an understatement, however from the past 3 years this has been one of the only guitars to catch my eye from the Gibson Lineup (other than Custom Shop ’57, ’58 and ’59’s – but I don’t have the £3500+ spare to pick one of those up!) this guitar really is the exception, I’m really glad that this came along when it did for the price that it did as I’d wanted one since before they were announced, and had bugged Lzzy Hale on her instagram account a few times…

If you’re asking whose Lzzy Hale : She’s the front-chick of Halestorm;