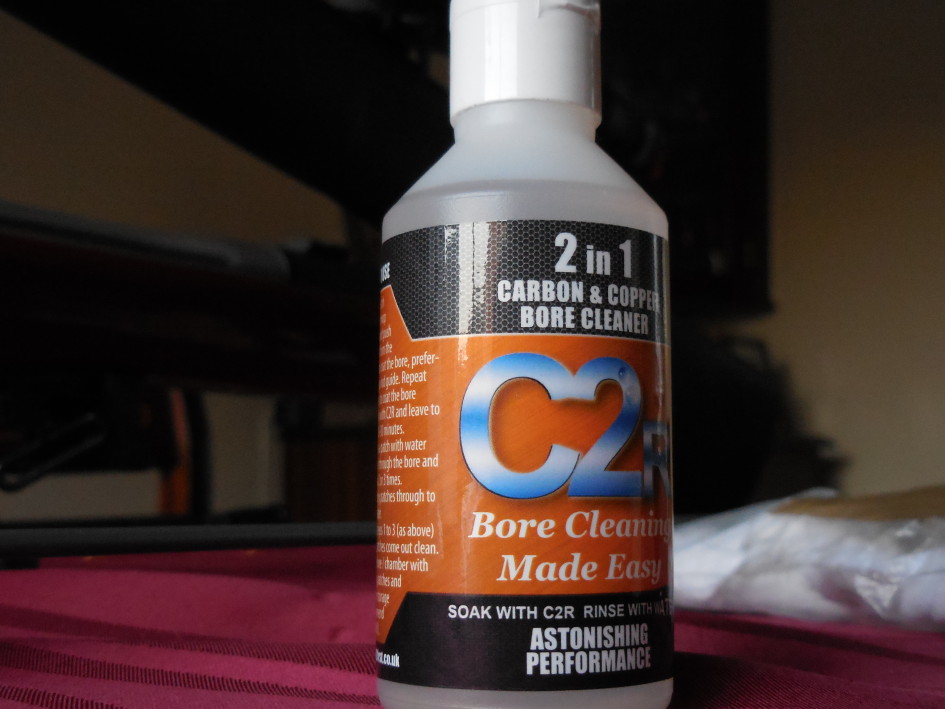 I’ve never really been religious about the cleaning of my rifles, as I’ve never really been taught the value of making sure that the bore of my rifle is spotless. I’ve really always shot smallbore with my father, who shoots only lead .22lr ammunition and favours the “no-clean” method of rifle maintenance, which admittedly works for him as he’s been shooting incredibly well. However along the way I’ve had advice from various people who maintain a clean bore is a consistent bore – since you know you’re always shooting from a clean starting point, as I’m told is the advice that top level international shots are taught.

I’ll be concentrating in this blog on full-bore rifles, since C2R Cleaner is about removing copper as well as carbon, and the only place I shoot copper jacketed bullets is in my full-bore rifle.

I got this cleaner from the lovely Christel and David at Shooting Shed as they are one of 2 joint distributors for C2R. Always fantastic service from the Shed, and I would fully recommend them. You’ll see me using their .223 Remington Bore guide during cleaning too…! Lots of great tools to make reloaders jobs easier and a shooters job more satisfying.

For a little bit of background, I’ve always cleaned both my .223 Remington 700 (26″ Steel 1-in-9″ Factory Barrel) and my .308 RPA Ranger (30″ Stainless 1-in-13″ Krieger Barrel) with Forrest Bore Foam,with no real instruction on how to use it, I’ve always followed what it says on the can. Spray in the bore, leave for minimum of 15 minutes and then swab out the residue and fouling with 2 clean patches. Realistically, I’d put the foam in, leave it, rod it with a nylon brush, spray more foam in, leave it again and then generally put about 15-20 patches down the barrel until they come back without any copper on them from the rifling.

Then I load a patch with oil and swab down the bore of the barrel to apply a light oiling for storage so the bore doesn’t rust, as it’s usually a few weeks or months before I shoot each fullbore rifle again (if only we could get more dates at Kingsbury!).

Where we’ll start today is with 2 clean patches down the barrel and see what oil and if any carbon comes through; I haven’t gone to any special effort with these before pictures this is exactly how I would have left my rifles (and was exactly how I left my rifles) prior to this testing.

These are just some principles of cleaning that I have picked up since I started shooting:

Only push something through the bore from Breach to Muzzle – the direction bullets travel.

Always use a rod guide to ensure the rod is central to the bore to avoid damage to the chamber.

Beware of anything that may wear on the crown of the rifle (particularly use of bore snakes).

Always use a clean patch, so as to not contaminate the bore with anything. 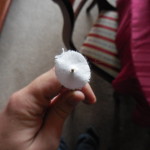 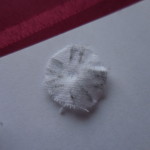 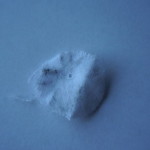 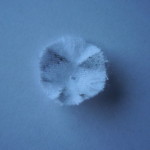 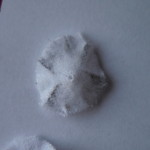 I got sent this comprehensive set of instructions (C2R Instructions Version 5), which I’ll try to adhere to as best as I can to give the best results – bearing in mind that this is a “clean” rifle, it should be interesting to see what, if any carbon/fouling comes out from using this cleaner on a “cleaned” bore.

Straight away the first thing I notice is that I am told to push the jag half way through the crown and then pull it back to make a well and pull it back through the barrel. This will be hard for me to come to terms with since it goes against one of the cleaning principles about pushing something through from breach to muzzle, and more so I envisaged it being difficult due to using pro-shot jags and circular patches that are designed to pop off the end when pulling the rod back through the bore, this was a problem, however it was countered by drawing a line on my rod guide at the point just before the jag pops out the end of the barrel as my “point of no return”. This took a couple of patches to work out before I realized I could stop short, fill the bore and pull down. 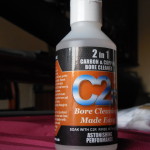 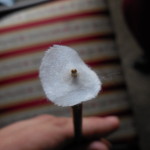 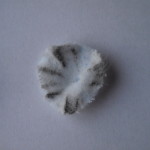 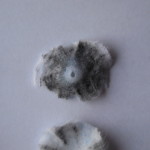 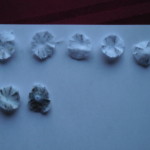 As I write this paragraph, before actually attempting to use C2R Cleaner in the prescribed fashion, it occurs to me that to coat the bore in this fashion, the best way to do so would be to have the rifle held vertically so it coats evenly around the entire bore, rather than a small amount on the top of the bore and a lot on the bottom, if the rifle was held horizontally. With 30″ barrels, doing this vertically could prove challenging.

Whilst actually doing it however it was less troublesome than i anticipated; I managed to push the brush through to my marker on the rod guide, then place the butt-stock on a chair with the rod overhanging the chair. I managed to fill up the “well” created whilst the rifle was vertical and managed to pull the rod down through the bore to the floor and then lift the butt-stock up to the top of the back of the chair to pull the rest of the distance. Some kind of vertical vise would be useful if doing this cleaning procedure a lot, however it is certainly workable without one. 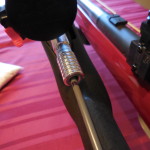 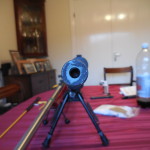 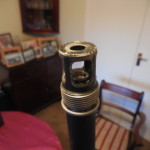 Vertical Barrel Filled with C2R Cleaner (7-8 drops or so) 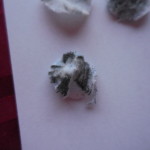 Straight away with the first patch through the barrel i could see a tinge of blue – there’s obviously some copper lurking in the barrel, so I obviously needed to clean better, and Forrest, unfortunately, wasn’t doing the job it seemed to be doing…

After 2 dry patches I remembered the instructions – run wet patches through. After 8 of these I realised I was going to have to start over again and loosen up some more copper and carbon that Forrest had left behind. 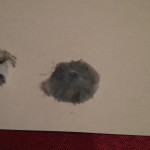 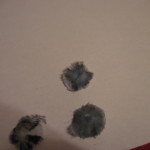 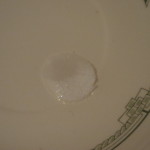 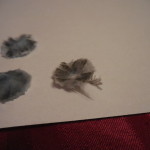 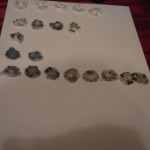 As you can see, my “clean” rifle, wasn’t quite as clean as I thought it was… in-fact it’s quite dirty, to the point where I need to start the exercise from the beginning. This time I’m going to leave the C2R to work for an hour, although, at this point I think it might be worth leaving it in overnight and clearing it out in the morning. Morbid curiosity however means I’ll try for an hour and then see how it does after anhour before jumping to overnight.

1 hour on the clock…

This time, rather than take a photo of every patch I decided to run a batch of patches through and see if there was any pattern of less carbon fouling present on the patches.

I started off with 3 dry patches to get the C2R out of the bore.

At this point, there doesn’t seem to be any blue in the patch at all, which would indicate that I have cleared the copper fouling from my bore (which isn’t that surprising, since it has been cleaned after every outing, and I haven’t really shot a great amount through the barrel – at last count it was somewhere around 400 rounds from new.

As I said, I moved to batches of patches – I read somewhere today that the pro-shot patches are the best due to a high surface area and henceforth better polishing power – The patches I am using are some very cheap versions from the states that i bought to clean my .22lr Anschutz. They are very soft and a lot smaller than the pro-shot versions I have for my .308 – I expect it will take fewer patches when I clean that one for this reason.

I’m not sure how much more cleaning to do to get rid of the now very feint copper marks on the patches but I put another C2R dosed patch through the bore and folowed it with 2 dry patches and 3 wet patches.

The result of which was this:

At this point, I’m not sure how much cleaner I could get the bore – But it was certainly a far-cry from clean when I started, with what I thought was a clean rifle.

Next I ran a dozen dry patches through the bore that came out with less and less carbon on (although none came out completely clear). then followed it up with 3 patches that had C2R Bore Oil on.

It’s worth remembering that whatever the outcome above, this test was done on a “clean” rifle. I’d followed the instructions on the Forrest Bore Foam can and pushed patches through until they came out clean. For what it’s worth, I thought that my rifles were clean.

I went in to this test with a preconceived notion of how it was going to play out. After reading David’s Journal comparing how much copper 10 popular cleaners remove from jacketed bullets (SMK 155’s – as it happens the bullets I use, and consequently the same copper that will be on all bullets I use and henceforth the copper that fouls my bore), I could see that The Forrest Offering was downright depressing in comparison with that of 2 other products: Wipe Out and C2R Cleaner – Following claims from some guys on full-bore.co.uk I had to see what the fuss was about and show other people who are wondering the difference switching to C2R Bore Cleaner can make. Having now seen with my own eyes It’s hard to dispute C2R as a very serious competitor to clean rifles.

As I mentioned in the very beginning, I’ve never really been shown what to do, but the instructions provided were comprehensive, and although I didn’t think i could get them to work with the tipped jag,  those doubts were soon put paid to.

Thanks to Christel and David for providing the C2R for me to conduct this test. Again, anyone wanting something shiny to use with their rifle, whether it’s rear riders, Bullet Comparators, Cleaning Solvents, Annealing Cups (I have some of these, yet to use them but expect a review at some point!) or even complete rifle builds such as the specially designed CG Inch Actioned M66 LTR or M66 LTT. Pay them a visit: shootingshed.co.uk

Next I’ll clean my stainless Krieger barrel on my RPA Ranger, however next I’ll be starting straight off with a 24 hour soak of C2R, since I know now that my cleaning method has been flawed and there’s likely to be “heavy fouling” in the barrel since I’ve shot at least twice as many rounds through the RPA with less than ideal cleaning technique between shootings.

Check back periodically for updates.

Update: I recently acquired a 5.5mm borescope and looked inside the barrel, see here.