Flash Hiders and Flash Suppressors in the UK 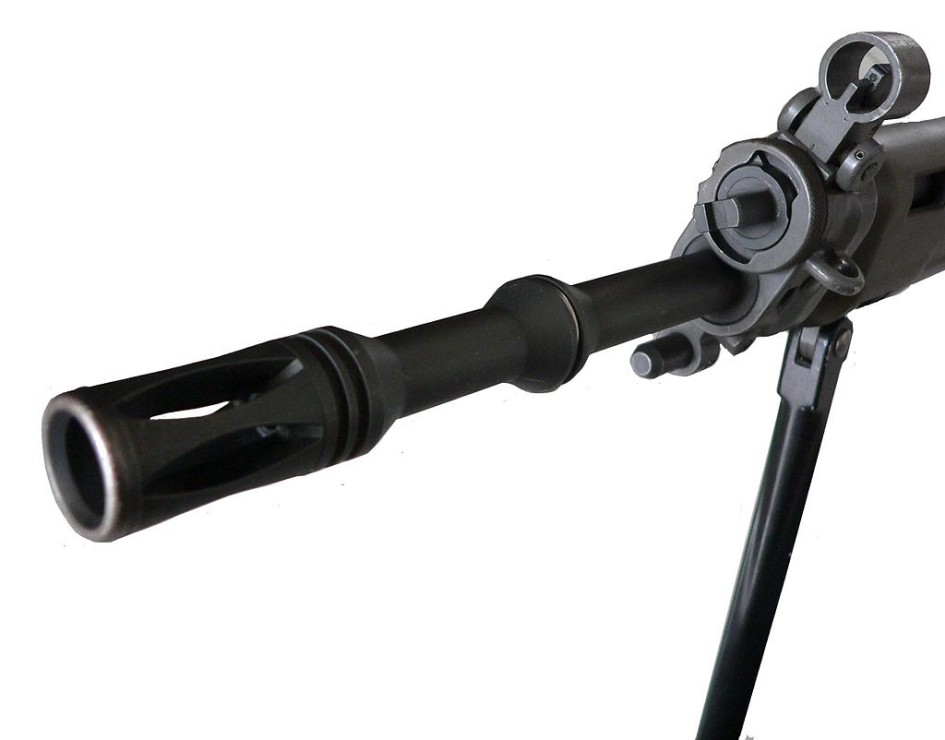 Following some lengthy debate in the UK on full-bore.co.uk the question of legality of Flash hiders in the UK came up and it became somewhat apparent that a lot of people do not realise there is legislation written into the Firearms Act of 1968 specifically mentioning devices designed to diminish noise (Moderators) or Flash (Flash Hiders).

In this Act, the expression “firearm” means a lethal barrelled weapon of any description from which any shot, bullet or other missile can be discharged and includes—

(a)any prohibited weapon, whether it is such a lethal weapon as aforesaid or not; and

(b)any component part of such a lethal or prohibited weapon; and

(c)any accessory to any such weapon designed or adapted to diminish the noise or flash caused by firing the weapon;

and so much of section 1 of this Act as excludes any description of firearm from the category of firearms to which that section applies shall be construed as also excluding component parts of, and accessories to, firearms of that description.

This however has been treated ambiguously by the shooting fraternity including Firearms Enforcement Officers, Firearms Licensing Departments and Registered Firearms Dealers.

Just how these items are categorised has raised queries, and some people mentioned that various FEO’s and RFD’s have categorised some “Muzzle Devices” as Muzzle Breaks (Which are designed to deflect the muzzle blast to reduce recoil). However this calls in to question who exactly determines when a break becomes a flash suppressor.

Case in point, one user on FB mentioned that the Noveske KX3 was considered a Muzzle Break by everyone whom he had asked about it, however the manufacturers specifically market the item as a Flash Suppressor. The patents of the item regard it as a flash suppressor and a device designed to diminish the muzzle flash. However the user is adamant that the device is a muzzle break.

I asked the Home Office for clarification on the model. Since the line in the legislation “(c)any accessory to any such weapon designed or adapted to diminish the noise or flash caused by firing the weapon;” is the very same that encompasses a moderator. Would that not mean therefore that Flash Hiders would be under the same stringent regulation that moderators are. For example, to own a Moderator, you must have a slot on your section 1 Fire Arms Certificate (FAC) in order to acquire one. One would presume the same could therefore be said about Flash Hiders.

Thank you for your e-mail of 24 September in which you seek Home Office clarification as to whether flash suppressors are restricted and require inclusion on a firearm certificate.

Therefore, I can confirm that section 57(1)(c) covers flash suppressors or such items to diminish the noise or flash caused by the firing of a weapon.

Further advice relating to licensing control and firearms certificates may be obtained from your local Police Firearms Licensing Department.

I hope that this deals satisfactorily with your enquiry.

Their response seems to indicate that flash suppressors are subject to certificate control, and as such you would require good reason to possess one.

This doesn’t answer the question of how a Flash Hider is classified as such, but what it does signify, to me at least, is that you should be very wary about what you put on the end of your barrel.

With the impending shake up following the damning HMIC report. One would expect that licensing authorities will be on the push to show that they are doing their utmost to remove gun ownership from civilian use, and if that is the case – especially given the highly sensationalised headlines surrounding the report with words such as “imminent”, “massacre” and “tragedy” being rife in the reporting, I personally would not be giving the licensing authority any inch to take away the tools by which I follow my passion.

The law is clear that these items are to be regulated, whether the law is being actively enforced or not, it is our duty as shooters to maintain the high level professionalism associated with the sport and protect ourselves from a potentially over zealous enforcement of legislation from future governments and agencies.