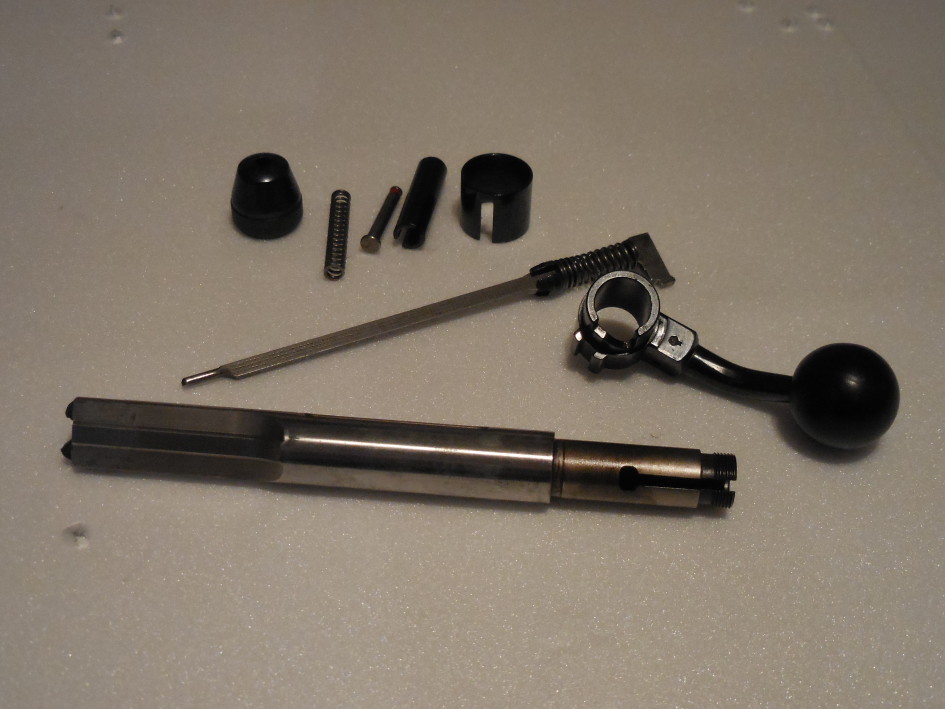 When it comes to regular maintenance of a bolt action rifle. It is a good idea to know how to strip your bolt to access and clean the firing pin and the components that make it up.

The bolt of your rifle is where the magic happens, once the trigger is pulled and the hammer falls, what is known as “lock time” is all down to the bolt workings. Keeping these clean and well lubricated helps to ensure a quick lock time (the time taken from trigger release to the bullet being fired).

I will show you how to strip an Anschutz Super Match Bolt to it’s inner workings. This will enable you to clean the innards.

Step One. Remove the bolt from the rifle.

Step Three. Unscrew the end cap. This will make a clicking sound as it is started to be unscrewed. Be careful as there is a spring retained by this under tension.

Step Four. Remove the spring by pulling out. The cocked indicator should come out with this.

Step Five. Remove the inner collet by pulling it out.

Step Six. Remove the outer collet by pulling it out – there is slightly more resistance on this part than the inner collet.

Step Eight. Remove the bolt handle by pulling upwards. This should be loose.

Removing the spring from the Firing pin assembly.

Push towards the spring.

Release the spring. Be careful as this spring is under tension.

Everything can then cleaned and oiled on the firing side.

I clean all parts then lightly oil all moving parts and contact points.

Re-assembly. Run through the steps in reverse until the bolt is back together. To re-cock the bolt You can use the paracord trick as outlined in the RPA Bolt Disassembly post however as this is a small-bore bolt, it is somewhat easier to cock and can be done with a firm grip on the bolt body and twisting the bolt handle. Using paracord does make this somewhat easier though.

As always, any questions, hit me up in the comments and I’ll reply shortly.