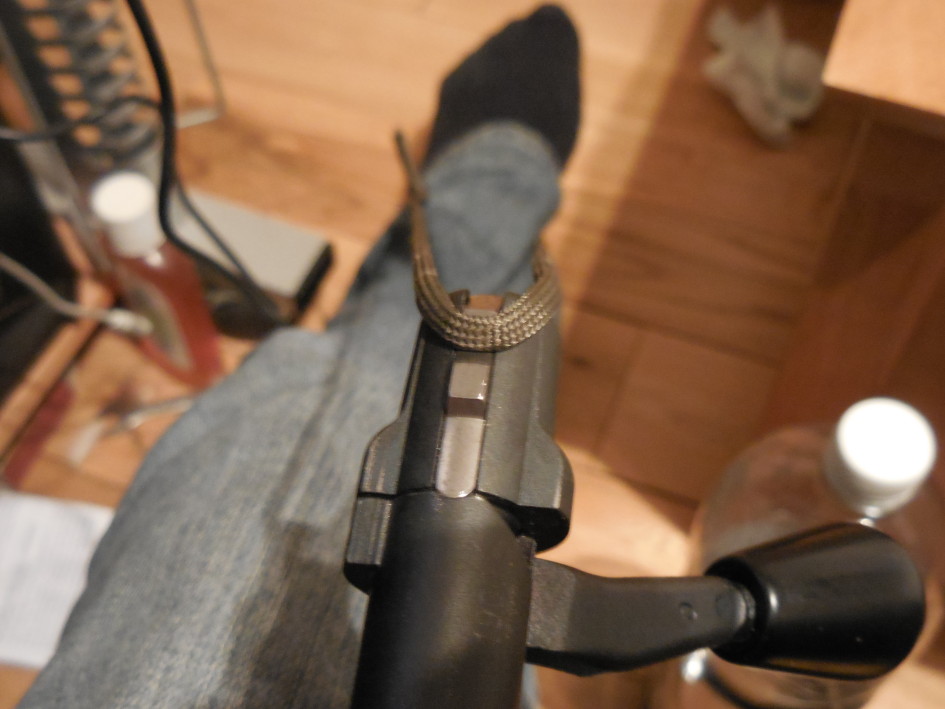 How to field strip a Remington 700 Bolt

This one is dead simple, it requires no tools and is much easier if you have a coin in your pocket.

Remove the bolt from the rifle.

Using a shoelace or a loop of paracord, hook the notch of the firing pin and pull out.

You should see there is a cutout in the end of the firing pin that a coin can fit into. Put something in, for example a coin. This will hold the firing pin back.

You can then screw the end of the bolt out and with it the firing pin.

Without having specific tools to compress the springs on the firing pin assembly, this is pretty much where you can get to and where the average user will need to get to in order to clean and maintain the firing pin and springs.

Clean the carbon and oil off the firing pin assembly, then apply a light coating of fresh oil to the contact points and reassemble following these steps in reverse.

Use the paracord/shoelace to hook the notch one last time and pull to remove the coin and voila. One cleaned and refreshed firing pin assembly.

Any questions, just ask in the comments below.