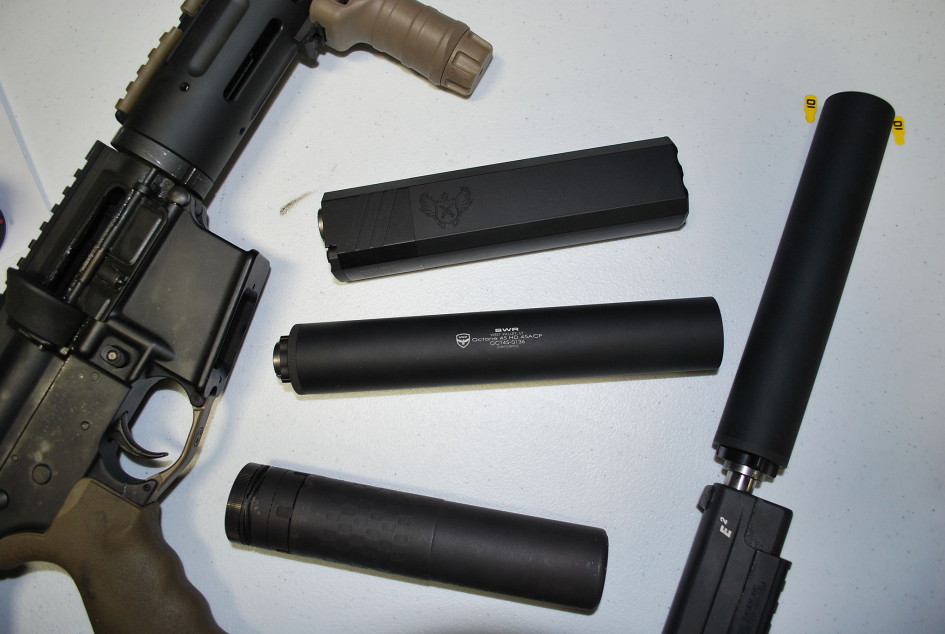 By DickClarkMises (Own work) [CC0], via Wikimedia Commons

During my testing of my first ever moderator, the Tier One Spartan 3 I noticed that the first round when I changed out the fitments, or fitted the suppressor on to the end of the barrel was considerably louder than the follow up shots. This got me to investigating and I thought I’d put up my findings on here.

You can hear the difference in this video of the Tier One on the end of the barrel:

The first shot was 108.1 decibels whereas the follow up shot was 97.1 decibels. 11 db difference.

In perception terms, that’s twice as loud for the first shot.

Since this is my first moderator and practically (aside from .22lr) I haven’t ever shot with a moderator before, this occurrence is new and I needed to find out why the first shot was so loud. My first instincts were that perhaps the moderator needed some hot gas inside it to be fully efficient and whilst that’s not quite correct, it’s not that far from the truth.

It seems that from a little investigating the “first round pop” or FRP as it’s known on-line is an occurrence attributed to the presence of oxygen within the suppressor. Since fire needs oxygen to burn and during the first shot there is an abundance of it in the moderator, the mixture of fuel (gunpowder) and oxygen (air) and heat is optimal and uses the oxygen in the suppressor to ignite the burning fuel travelling through for a more “explosive” pop.

The oxygen is burnt up on the first shot and following shots are consequently generic ativan much quieter.

What can I do about it?

Well from my investigations there are many schools of thought, from adding drops of water, to spraying keyboard duster (co2) into the moderator and sticking a small sticker over the end of the mod to stop the co2 leaking out and replacing with oxygen. However I have neither tested nor endorse these methods (water? Carbon? Metal? Rust?!!).

Realistically, the only people this will matter to are perhaps hunters not wanting to scare further quarry and snipers, of which I am neither.

The more you know…

It’s funny, a lot of my information about firearms comes from movies, and when it comes down to suppressors, or silencers as they like to term them, often the truth is so far removed from fiction. I’ve never seen any assassins in films worrying about FRP alerting people of their presence. Mind, I’ve also never seen a moderator in a movie that didn’t make the sound of the shot sound like “zoop” either…