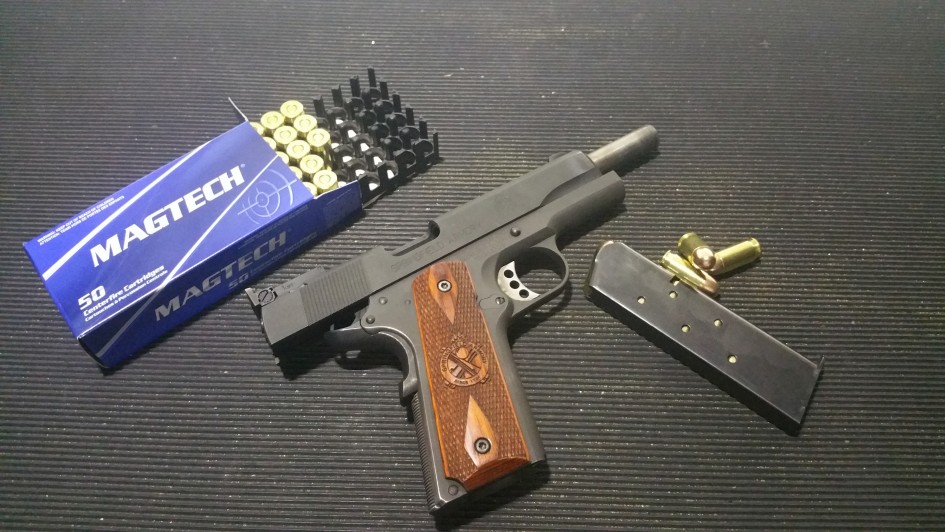 Following on from my post “Shooting in Florida as a Tourist” towards the end of our touring Disney theme parks in Orlando Florida we had a secondary free day, during which we decided to head to the range one last time and see if we could find a 686 Smith and Wesson .357 magnum revolver in one of the many other shooting ranges in town, as this is the pistol that my Dad owned. Since it was a 40th Birthday Present from my Mom to him, it held sentimental value, and I was determined to find somewhere that had one.

After having asked on a UK shooting forum if any other guys there had visited any ranges and had any suggestions. Oak Ridge came up where we went the first shooting of this vacation, but also East Orange Shooting Sports came up, which was a little further to drive but they listed on their website that they had a 686+ Smith and Wesson. Now that’s not exactly the same pistol, the Plus indicates that it holds 7 in the chamber instead of 6, but it was as close as we could get on our last day before going home.

I phoned to make sure they were open and would be by the time we got to them, and it was cutting it fine. Open til 6 and an hour wait. It was 3:30 and we had an hour drive to get there.

The place was pretty heaving when we got there and there was indeed quite a wait but it had started to ease off since I made the phone call, so we were on the range in relatively short order.

The staff were friendly and helpful and endured our tales of strict firearm ownership in the UK without seeming to get bored… haha.

Soon we were on the range and shooting .38 spl loads through the 686+, since .357 loads are fairly unmanageable when trying to target shoot, and we wanted to print half decent groups on the paper.

I went first with it so here’s a few videos of me taming the revolver.

Me Shooting Smith and Wesson 686+ loaded with .38spl

Of course, no trip to the range would be complete without at least some rounds fired through a 1911 .45 ACP (My favourite pistol).

We had a Springfield Armoury 1911 which was pretty much the most accurate 1911 I’ve shot in the states. A whole bunch of fun to shoot, even my dad liked it… apart from the cases bouncing off his head as you’ll see in the video…

I think EOSS just takes it in terms of range comfort and store. The Store was well stocked and there was a good amount of extra stuff to look at (and buy if you are so inclined). I very nearly parted with the best part of £1500 on a Leupold scope, but thought better of it after working out what it would cost in customs duty at the border. But friendly, knowledgeable and patient staff in a well ventilated climate controlled range.