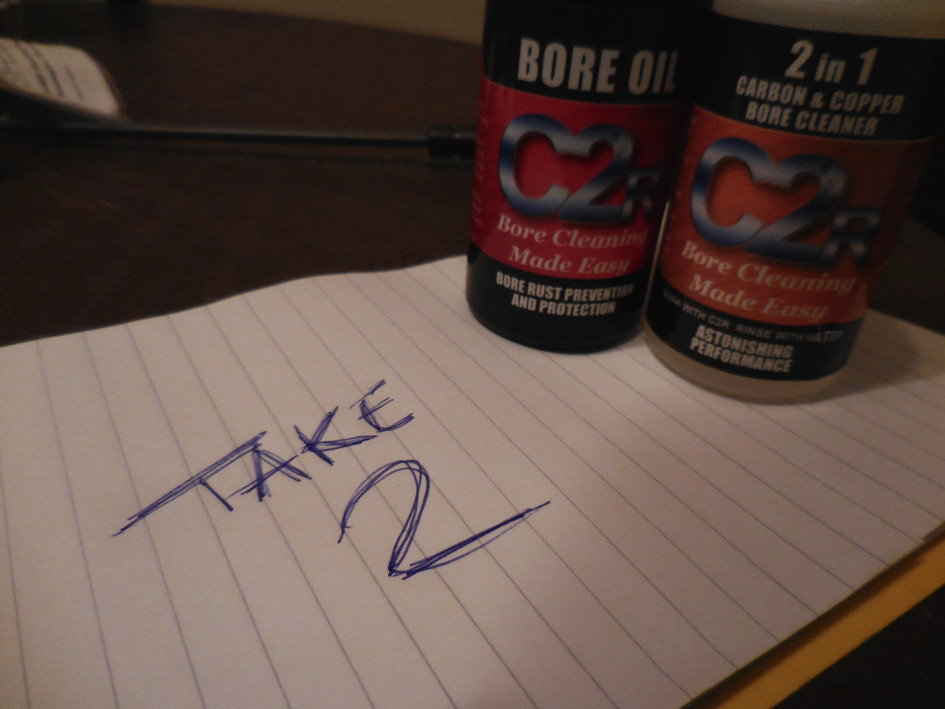 Following on from my C2R testing on 22nd September and also with the addition of a eBay borescope to my toolbox, I decided to do a before and after cleaning video of the bore of my Remington 700…

In my eBay borescope review this video shows the Rem 700 after 4 weeks of sitting in my safe following cleaning. The first 12 inches or so look fairly spotless, however after that a red/orange effect is seen up the barrel in the rifling.

My first thought was that after cleaning perhaps I hadn’t used enough oil to coat the barrel well enough, and that perhaps my safe needs something more than the pack of desiccant that it has  in it for moisture abatement. Regardless someone on UKVarminting and someone on Full Bore both mentioned that they thought it was a trick of the light and most possibly copper fouling. With this being my first borescope, I was starting to think that they might be right. Regardless, I needed to clean my rifle again and see if I could get it clean.

I pushed 3 patches with C2R up the barrel. But at this point, the first one told me everything I needed to know.

There’s no doubt in my mind what the orange we saw in the barrel was in the video, this is obviously rust. Something to be aware of, I think, when cleaning with C2R is that the product gets wiped out using wetter patches with H20. Definitely make sure that the bore is completely dry before patching oil in it, and also be aware that you use enough oil to get the job done. I believe my bore rusted only after the first 15-18 inches because the oil wore off the patch and I didn’t use enough.

After patching through again here’s the updated video.

Sorry for the sound on this video, apparently my laptop does different things to my PC.

The white spots it seems are the patches that I’ve been using falling apart inside the bore – It’s worth pointing out that I’m using cheap patches from the USA, not actual pro shot patches as I use with my .308, with the cheap ones being exactly that. Cheap.

There is one last thing that leaves me concerned. As pointed out in my last post, there seems to be a “patch” around 6 inches from the end of the barrel. If I didn’t know any better I would consider it to be a flaw in the steel that makes up the barrel, a couple of small spots where theres more of one element in the steel, maybe carbon in the steel that appears rough in an otherwise okay barrel? Maybe someone more knowledgeable can comment and help me understand? It can be seen at 0.39-0.44 seconds. I stopped the camera and went back over it.

After this video, I am certain that C2R clears out all the copper from the barrel.